Another senseless shooting. What is making these people tick. Why are the bent on Murdering innocent people? As a security guard myself I noticed none present at the entrance or parking lot. No visible deterrence. We keep living in the world free and unsecured. This even could have been stopped in the parking lot by active security patrols. And many other security protocols could have been done. But these businesses refuse to hire their own security. Along with law enforcement to help protect shoppers! Some blame the gun but I blame the businesses to higher propriate security. The last opportunities these criminals have, the better and safer we all will be.

By Minyvonne Burke and Andrew Blankstein

A gunman opened fire Saturday in a Walmart and around a nearby shopping mall in El Paso, Texas, leaving at least 19 people dead and 40 injured, law enforcement officials said.

Employees and shoppers described scenes of confusion and fear as they realized the sudden loud noises they heard were not boxes being dropped or construction but gunshots.

One suspect was in custody, officials said. Law enforcement sources say police identified the suspect as Patrick Crusius, 21, from the Dallas area.

A second person was also taken into custody, but it was not immediately known what role, if any, the person played in the shooting, sources familiar with the investigation told NBC News.

What we know so far:

Close to the Mexican border, Cielo Vista Mall is a popular shopping destination for people on both sides of the dividing line, as evidenced by the Texas and Mexican license plates in the parking lots, although the crackdown at the border has cut down on some of that consumer traffic.

In several Tweets, police initially urged people to stay away from the area, but by 1 p.m. said there was no imminent threat.

The shooting suspect, who has ties to Collin County, had not been publicly identified, but El Paso Police Chief Greg Allen described him as a “21-year-old white male from Allen, Texas.”

When he encountered El Paso police officers, the suspect laid his weapon down and surrendered near the scene, Allen said.

The chief said the gunman faces capital murder charges and possible hate-crimes counts, if the FBI determines they are warranted.

He also attributed a manifesto posted online to the suspect, who claimed he was acting in response to “the Hispanic invasion of Texas.”

“I am simply defending my country from cultural and ethnic replacement brought on by an invasion,” the manifesto states.
A Plano ISD spokeswoman confirmed that a student by that name graduated from Plano Senior High School in 2017.
Police Chief Greg Allen referenced a document allegedly left behind by the suspect. He said the shooting may have a “nexus” to a hate crime but declined to elaborate. He said police are considering capital murder charges.

One avenue of inquiry is a manifesto that includes remarks attacking immigrants and is sympathetic to a man charged with killing 51 people this year at two mosques in New Zealand, according to the two officials.

Authorities think the Texas suspect posted the anti-immigrant diatribe but are still gathering evidence to prove it, according to law enforcement officials.

The document lists “the Hispanic invasion of Texas” as one of several motivations for the attack.

Jamaal Green, a spokesman for the Muslim Association of Canterbury, which runs Al Noor Mosque, the first target of the Christchurch gunman, condemned the El Paso attack Saturday.

“Any time that innocent civilians are killed — people going about their daily business — this is to be condemned as an act of gross injustice,” he said.

He said he did not want to comment on any connection between the manifesto possibly linked to the El Paso attack and the Mosque assaults in his city.

The unsigned four-page, 2,300-word racist screed, was uploaded to websites 4chan and 8chan just before the August 3 shooting. As reported first by Matt Keys, the FBI confirmed it was looking into the document and knew the time it was created and uploaded.

According to ABC News, the FBI was aware of the document before the shooting, but investigators were not able to find the target of the attacker fast enough. The document has led to a possible hate crime investigation. Law enforcement sources told ABC News that Crusius told investigators his goal was to kill as many Mexicans as possible.

“Even if other non-immigrant targets would have a greater impact, I can’t bring myself to kill my fellow Americans.” The manifesto writer said he supported the Christchurch shooting citing the “Great Replacement” anti-immigration theory postured there. The writer says that his hatred of immigrants predate Trump so “don’t blame” the president.

“My ideology has not changed for several years. My opinions on automation, immigration, and the rest predate Trump and his campaign for president. I putting this here because some people will blame the President or certain presidential candidates for the attack. This is not the case. I know that the media will probably call me a white supremacist anyway and blame Trump’s rhetoric. The media is infamous for fake news. Their reaction to this attack will likely just confirm that.”

The screed is called “The Inconvenient Truth.” It’s reported to have been authored and uploaded to the internet by the 21-year-old suspect. In it, Crusius says, “My whole life I have been preparing for a future that currently doesn’t exist.”

Beto O’Rourke says Trump’s rhetoric “has a lot to do” with El Paso shooting.

Even though this gunman said Trump had nothing to do with the shooting.

Is Beto flaming the flames of these crimes by playing Political rhetoric during this horrific times and events?

Crusius attended Liberty High School in Frisco but later transferred to Plano Senior High School, where he graduated in 2017.

In the 2017 Plano Senior High yearbook, there is a photo of Crusius where he appears to be in a crime investigation class. The caption of the photo claimed he was fascinated with digging into crime data and it also contained a quote from him that said, “It is interesting to learn about how the world of law enforcement works.”

Crusius also attended Collin College from fall 2017 to spring 2019, according to the school.

“Collin College is prepared to cooperate fully with state and federal authorities in their investigation of this senseless tragedy. We join the governor and all Texans in expressing our heartfelt concern for the victims of the shooting and their loved ones,” the college said in a statement.

Craig LeBlanc, who lives down the street from the Allen home, said he has a friend in El Paso who was caught in the chaos. He said his friend is okay. 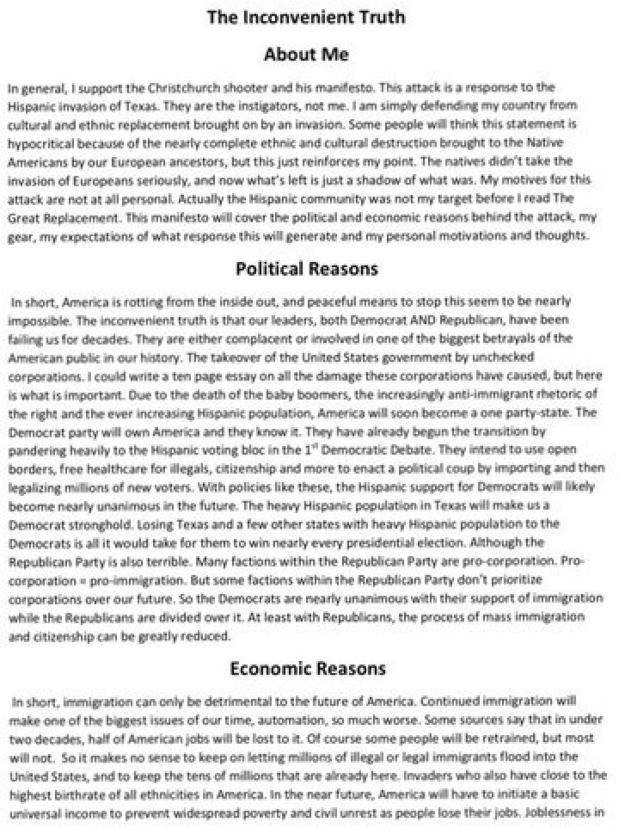 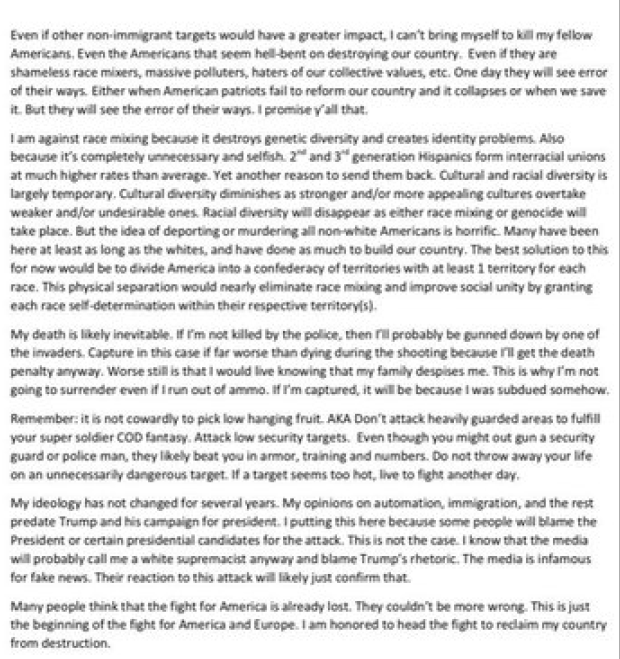 Not sure if that’s the whole manifesto or not but here it is what we know. Four pages.

Next we will do something no Press seams to do , line by line reading of this whole mess.

The Manifesto starts out by saying or titled ” The Inconvenient Truth About Me”. 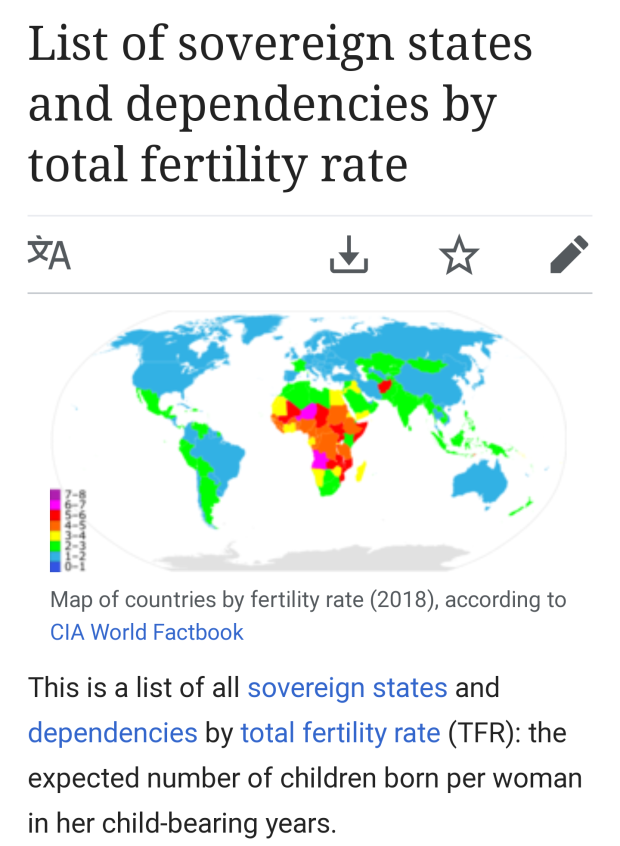 Also Death rates in some of these high birth rate areas are high. Like Chad, Somalia, also their are contaminated areas in Russia where they tell the population NOT to have children due to toxic exposure to radioactive radiation etc. Lots of reasons why “white man ” is not having babies, Drugs addiction, economics, Depression, environment, abortions, etc play a role in why we are not having children like being home long enough. But I don’t think it’s a conspiracy to stop white people from having babies anymore than anyone else. They choose not to. Just go around and ask them.

My observation has-been poor people non white seem to be bored and have more kids. Maybe Americans and EU etc whites are to rich and spoiled maybe being poor again would help.
The cost of having a baby isn’t cheap — in the United States, at least. The average cost to have a baby in the US, without complications during delivery, is $10,808— which can increase to $30,000 when factoring in care provided before and after pregnancy.Jul 9, 2018 Some babies costs can jump to $3000,000 if you have problems! 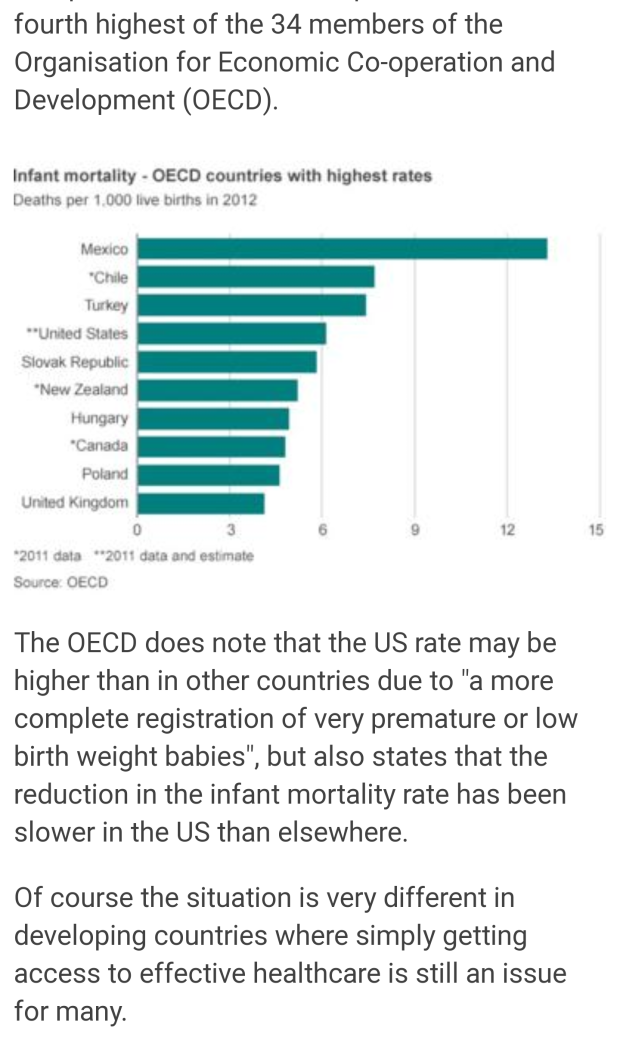 You can see by the charts above, that Mexico has one of the worse mortality rates of unborn children!…. Over 12 per 1000 die. United States way lower showing the care is better in the United States but you pay more. And some other countries ever better birth rates.

Not in Europe, not in the Americas, not in Australia or New Zealand.

But despite this sub-replacement fertility rate, the population in the West is increasing, and rapidly.

How Is this possible? Mass immigration and the higher fertility rates of the immigrants themselves are causing this increase in population. ” End quote.

BACK TO THE MANIFESTO BY Crusius and his possible apophenia.

So immigration must be why he wanted to murder Mexicans ilegal or legal.

2. This attack is in response to Hispanic invasion of Texas.

It’s currently estimated that the population of Texas in 2019 is 29.09 million, up substantially from 25.1 million in 2010. This is due to its current growth rate of 1.80%, which ranks 3rd in the country. The last US census was in 2010, so current figures are projected based on the latest estimates.
At the time of the 2010 Census, the number of citizens living in the Lone Star state was declared at 25,145,561, making it the second most populous state in the country. The state’s population has now hit an all-time high of over 27 million, an estimated figure for 2019.

According to the most recent ACS, the racial composition of Texas was:

If we assume that the statistics above have NO Hispanic and those numbers we get if my numbers are right 99.929