Well come to my blog site!

This Blog is about Sean Patrick Hannity, Radio Talk Show Host, and on Fox News. 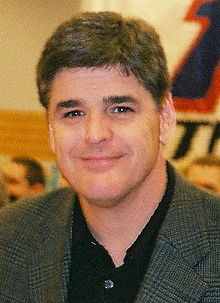 I am a real Republican, not a fake one.

For years I listen to Rush Limbaugh. It was church and Limbaugh or more Limbaugh and then church!

Then comes Along Sean Hannity on Fox News. Whom I listen to for years.

I BELIEVED SEAN HANNITY AND RUSH LIMBAUGH. THEY BOTH AND OTHERS LET ME DOWN, AND DECEIVED ME!

Even Tom Sullivan on Fox News etc, ( whom I have met many times at D&G Computer Store.).

But After Rush Limbaugh confession of taking drugs, Shook me up!

Rush Limbaugh comes out , but not apologetic of the fact of taking drugs, and even in my opinion pushing for legalizing drugs….

That shocked me to my core!

I know people on drugs and they cannot get off of the drugs. It saddens my soul seeing many loose there way.

I have seen people homeless, living in the weeds, vomiting on there clothes etc, then praying to God to help them! Then passing out to only wake up the next day and do it all over again!

Then Michael Savage show on talk radio from San Francisco, said ” You don’t think that the callers from Sean Hannity Show are real do u?

Michael Savage comes clean explaining he had fake callers, on his show, even had friends and family members call in on a scripted show!

Michael Savage, said Sean Hannity and others, have FAKE CALLERS ON!

I thought Michael Savage was nuts and not telling the truth! My goal was to prove Michael wrong! 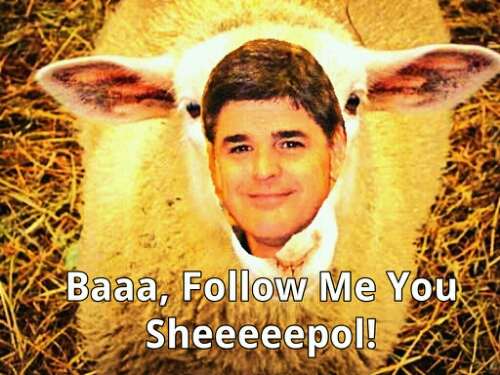 I know you will not believe me that’s ok! I had the same feelings, but if you at least listen and hear what I have seen etc, you might change your mind.

3. Lies to distort the truth, to get listeners, not to better you or America but for personal gain. Even if people die.

4. Much like knowingly sell a product you know will kill, harm etc, the customer. Like spoiled milk. But say its better for u.

5. Help peopleet control of our Government by outsiders, like Ted Curz who was born in Canada, not in the USA, to exploit the remaining resources to the world leaving the USA, Broke and powerless and more.

6. Harm American people by starving them, cutting off funding for old people, get our leaders to do and make bad laws that hurt Americans! THEN POINT OUT HOW BAD OUR GOVERNMENT IS!

I HAVE THOUGHT MANY TIMES WHAT A GREAT WAY TO DESTROY AMERICA BY GETTING THE GOVERNMENT TO DO IT FOR SEAN, OR GET US TO KILL EACH OTHER.
DON’T HAVE TO INVADE OR FIRE A SHOT AT THE ENEMY!

Like an example say things like the Government spends to much money, must have a balanced budget! But latter say the Government is not spending enough on defense spending! Like getting rid of food stamps, but don’t pay down the debit, and let the poo, disabled starve to death.

7. To foster dissent and manufacturing fake news. So Sean Hannity can make more money on advertising.

8. Also like Saying Sean Hannity is against drug use, but give money to organizations that promote legalizing drugs, to sell to your kids! Like supporting the Libertarian party, who want to legalize drugs, and tax them. Sell them to your kids!

9. Cause a war here on American soil, and put Americans against each other.

10. Like having sex before marriage then advocating Family Values.

11. To spew the seeds of hate, dissent over our Tv and Radio air ways!

12. Redo or change or destroy the United States Constitution! Like getting rid of Amendments like the 14th Amendment etc. Saying its good for u, but later the proof of the pudding is sour!

I was Hannitized, but I was really hypnotized And brain washed by Sean Hannity clan and Fox News!

Thank you for reading I will blog more About Sean Hannity, and others, if I am right, please blog about Sean Hannity and call his shows , exposed this harmfull hate speech and lets turn America around, and help each other I humbly pray in the Name of our and my Savior Jesus Christ Amen!