You decide Fair And Balanced! 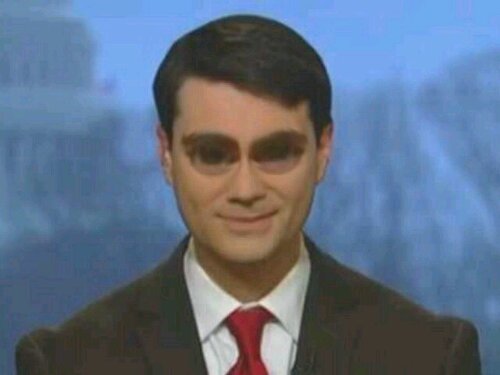 Fox News, Sean Hannity hates you! this guy is a pure nut job!

Shapiro graduated from Harvard Law School in 2007. The Daily Bruin suspended Shapiro after he complained on radio talk shows that the newspaper refused to print his column accusing Muslim student groups of supporting terrorism. [3]

In the Christian Science Monitor, Marjorie Kehe wrote: “Shapiro makes sweeping—and many would say absurd—charges that they promote atheism, absolute sexual freedom (including pedophilia and statutory rape, which are crimes), and rampant environmentalism.” [6] Reviewing Brainwashed for The Wall Street Journal, Russ Smith wrote that Shapiro’s assertiveness was championed saying that the book was “[m]eticulously documented” in criticizing “an elite segment of American society that is far more doctrinaire in its liberalism than the country at large.” [7]

On the Sean Hannity Radio Show Ben claimed that his money is his, and not the governments!

And HATES PAYING ANY TAXES TO THE GOVERNMENT!